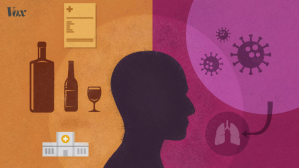 This is the most personal and honest thing I have written for publication. It was hard to write, but I hope it helps others dealing with addiction and recovery.

After more than 15 years of chasing oblivion in a bottle, I knew it had to end. So I checked myself into rehab on February 21. The plan was to dry out for 30 days, get out of rehab, find an Alcoholics Anonymous group, connect with a sponsor, and hopefully end the vicious cycle of drinking, regret, depression, and more drinking.

But come March 22, when my 30 days were up, I found the world to be vastly different from what it had been when I had entered rehab — empty streets, bare shelves at the grocery store, and people more afraid of others than usual. All I had learned of the terms “shelter in place” and “social distancing” while in a rehab center in California’s Santa Cruz Mountains was from the local daily newspaper and short calls from a payphone to my loved ones on the outside. But I had no idea what I was in for.

Once discharged, I realized how the beginning of my sobriety would go: no hugs from friends and family, no AA meetings in church basements, no dinners at my favorite restaurants. These things I had clung onto as bright spots as I faced my life after rehab were now gone. Then there were the classic triggers that cause people to relapse — isolation and economic insecurity, which have been now amplified to levels most of us have not seen in our lifetimes.

“This is the worst possible time to get into recovery, there is not a doubt about it,” Dr. Paul Earley, president of the American Society of Addiction Medicine, told me over the phone.